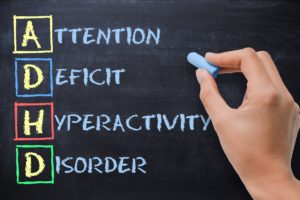 Kemper and Associates offers comprehensive ADHD testing. Symptoms may vary from person to person, so a thorough ADHD evaluation is important.

Our ADHD test covers a wide range of neuropsychological testing to help give you answers.

You will receive a complete report and if an ADHD diagnosis is determined, this can be utilized to guide the course of treatment.

There are three groups of ADHD symptoms:
1. Inattention
2. Hyperactivity
3. Impulsivity

Someone with ADHD may have symptoms of any or all listed above.

Symptoms of Inattention include the following:

Hyperactivity symptoms may vary with age and may be noticeable in children as young as 2 to 3 years old.

Kids with hyperactivity may:

Toddlers and preschoolers with ADHD tend to be constantly in motion, jumping on furniture and having trouble participating in group activities that call for them to sit still. For instance, they may have a hard time listening to a story.

School-age children have similar habits, but you may notice those less often. They are unable to stay seated, squirm a lot, fidget, or talk a lot.

Hyperactivity can show up as feelings of restlessness in teens and adults. They may also have a hard time doing quiet activities where you sit still.

Symptoms of this include:

Impulsivity can lead to accidents, like knocking over objects or banging into people. Children with ADHD may also do risky things without stopping to think about the consequences. For instance, they may climb and put themselves in danger.

ADHD Assessment is typically considered medically necessary by insurance companies and is usually a covered benefit of insurance plans.

Why have ADHD testing?

If someone has ADHD symptoms, it is important to have proper neuropsychological testing which can guide medication choices, treatment modalities, school accommodations, and parenting decisions.